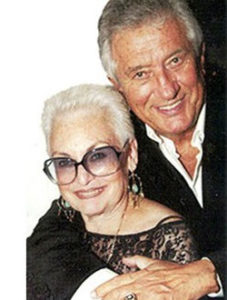 The “Mrs. America Competition” rich in history, was first held in 1938 and continued until 1968. In 1977, after a nine year hiatus, it was revived by David Z. Marmel, after his successful career in professional athletics and independent television production.  He was instrumental in setting the new direction for the pageant and transforming the pageant into the multifaceted event it is today.

Mrs. America was the first and remains the foremost competition for the married woman in America.  Now celebrating it’s 40th year it is considered to be the premiere pageant for married women. it has epitomized excellence, professionalism and the celebration of family values, and is supported by an office and full time director in every state in America and the District of Columbia.

Thanks to Mr. Marmel for his vision.  He is the reason we have a Mrs. America Competition today!