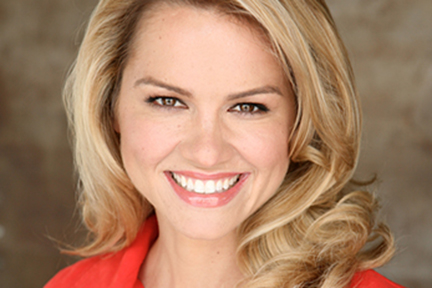 JJ Snyder lights up Las Vegas on The Morning Blend on ABC Ch 13. She has her finger on the pulse of the city’s dining, entertainment, business and charity events as seen in her weekly segment 13 Things to do in Las Vegas.

JJ interviews the nation’s top experts and lifestyle brands. She has the ability to make even the mundane magical. With a natural warmth and a contagious sense of humor she covers today’s hottest trends from technology to travel, parenting to pets.

Before moving to the desert, JJ worked in LA as a national correspondent for KABC’s On The Red Carpet. She earned high praise from Tom Cruise and Morgan Freeman, shared a cup of tea with Sandra Bullock, chilled with Snoop Dog, bonded with Will Ferrell over the Seahawks & learned the secret of taking a perfect picture from Chrissy T eigen.
A graduate of USC, JJ performed in improv clubs and regional theaters just out of college and landed co-starring roles on TV shows like CSI, Grey’s Anatomy and Two and a Half Men and the film Coyote Ugly. She trained at The Groundlings improv school in Hollywood. When John Walsh hired her to work on America’s Most Wanted at FOX it was a game changer. She honed her writing and producing skills and discovered a passion for journalism.
JJ has hosted over 100 charity events in Las Vegas and serves on the board of LLS of Southern Nevada and the FBI Las Vegas Citizens Academy Alumni. She’s happiest outdoors with her husband Billy and their two rescue dogs.