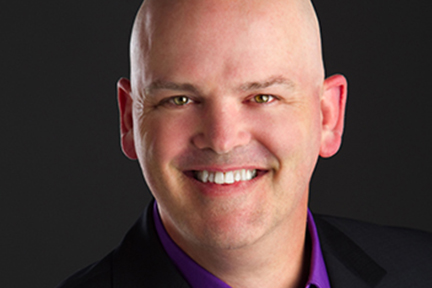 Chet Buchanan is the host and creator of 98.5 KLUC’s long running “Chet Buchanan Show.” Many know him from his work as UNLV Basketball and Football Gameday Host, as the “Voice of NASCAR” for Las Vegas Motor Speedway, Events Host for the Las Vegas Bowl, Las Vegas Aces (WNBA) Public Address Announcer, or from hosting innumerable charity, corporate, and civic events.  He is best known for his annual Toy Drive where he lives and broadcasts on top of a 30 foot scaffolding for 12 days straight, which he has done for over eight months of his life! The 2020 Toy Drive went “drive thru only” and still smashed records again as another 42 53-foot semi-trailers were filled and 6533 were bicycles collected, along with $516,170 in cash and gift card donations, bringing the 22-year total of toys, bikes, and gift cards collected to an estimated value of nearly 40 million dollars. The City of Las Vegas has twice declared a “Chet Buchanan Day.” He has also received numerous State of Nevada and Clark County commendations and recognitions, been named “Best Of The City” by Vegas Seven, “Best of Las Vegas” by the Review-Journal, and received the Silver State Humanitarian Award.