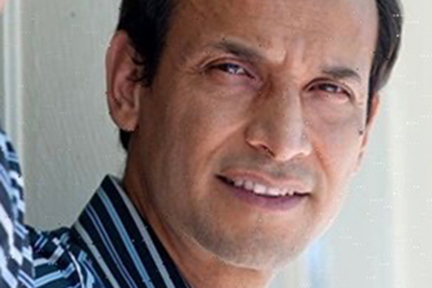 Jesse Borrego is a veteran of stage, screen, and television. Joining the cast of the Hit TV Series FAME in 1984 with Debbie Allen and Janet Jackson, he went on to star in several memorable films including NY Stories Directed by Martin Scorscese, Con Air with John Malkovich and Nicholas Cage, I Like It Like That with Lauren Velez and Lisa Vidal,  Colombiana with Zoe Saldana,  Lone Star with Chris Cooper and Elizabeth Pena , and TECUMSEH: THE LAST WARRIOR for TNT.

In 1994 he starred in the Hollywood Pictures classic BLOOD IN BLOOD OUT (recently nominated for Registry in the Library of Congress) starring Benjamin Bratt, a collaboration that would last through two more films at Sundance Film Festival, FOLLOW ME HOME starring Alfre Woodard and LA MISSION both directed by Peter Bratt.

Over 100 episodes of television including 24, DEXTER, VIDA, and FEAR THE WALKING DEAD.

Currently he can be seen in the comedy PHOENIX OREGON starring James LeGros, Diedrich Bader and Lisa Edelstein, and the release of FOLLOW ME HOME The Directors Cut. .

In 2019 he was back on stage with the FAME cast in FAME REUNION UK in Liverpool with a planned release of the Musical Performances later this year. Tolteca Studios is a culmination of Creative and Professional experience focused on the sharing of stories and knowledge for the greater Cultural Community.